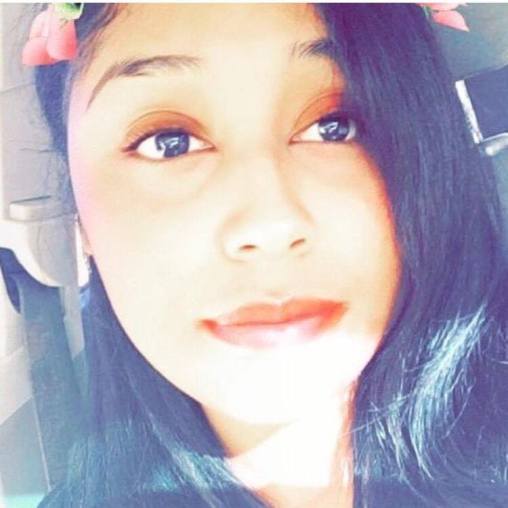 I am Yah-Yah Sandoval, I was born and raised in Clovis, New Mexico. I am studying Law, I will become a leading lawyer for our Black and Brown communities. I am a mixture of Afro-Spaniard, and Afro-Mexican, my family migrated from El Bosque Spain as slaves.

My family since then branched off to Mexico as well as South America. I come from a hard working family, my family was very poor coming into America. My grandmother could not speak English so it was very hard for her to get a job and communicate amongst others. My grandfather on the other hand worked his way up to be a successful contractor. He owns his own company, built his home from the ground up and currently resides in New Mexico. Growing up being Afro-Mexican or Afro-Spaniard was very complicated in a sense, meaning it was sometimes easy, but yet not always hard. I grew up watching Univision, listening to Selena, eating tortillas with butter most of my life, speaking fluent Spanish went to an all speaking Spanish school and went to a lot of quinceanera’s. I think some of the ups and downs of being Afro-Latina is your identity of who you are as a person.I can never be black enough for most people, or be brown enough for others. I feel as though it’s a balance between the two, I’ve learned from both sides as far as the culture and the difference growing up in a black home, as well as growing up in a brown home. The struggles of both sides aren’t too far apart we both share common similarities, we both have to endure the struggles within this white supremacist system, we as a people are the ones who are being killed, getting locked up on a daily, as well as being stuck in poverty.

I feel that being Afro-Latina, I have a broader platform for those who are like me, I can speak up for both sides, fight and stand up for each and every one of you who are Afro-Latina. I can show the world that being  Afro-Latina, you can achieve anything that you put your mind to, you are not limited within this universe! I am very proud of who I am, I have never felt upset or angry, because of my ethnic background, or being that I am two races. I have learned so much, found who I am as a person learned where I come from, who I come from.

I  am happy that my ancestors gave me life I honor them each and every day. They show me the path and what I am destined to do in my lifetime. I will continue to inspire, teach our youth, enlightened them, with the truth and knowledge that I have gained over the years .Once I become a lawyer I will dedicate my time, and life helping my brown, and black people become free, there are so many locked up for useless crime as well as petty crimes. I am thankful for who I am, and will remain humble in this journey I go through in life!

YahYah Sandoval is a guest contributor for #IAMENOUGH. She is an Activist, studying law and currently living in New Mexico.  Sandoval is of Afro-Mexican and  Afro-Spaniard decent. Her my family came from El Bosque, Spain and have migrated to Mexico, and South America. Shes love my culture, as well as my people. Sandoval wants her people to be great and powerful like they were before. She hopes to one day be a inspiration for youth and show them that they can be anything & do anything they regardless of skin color!