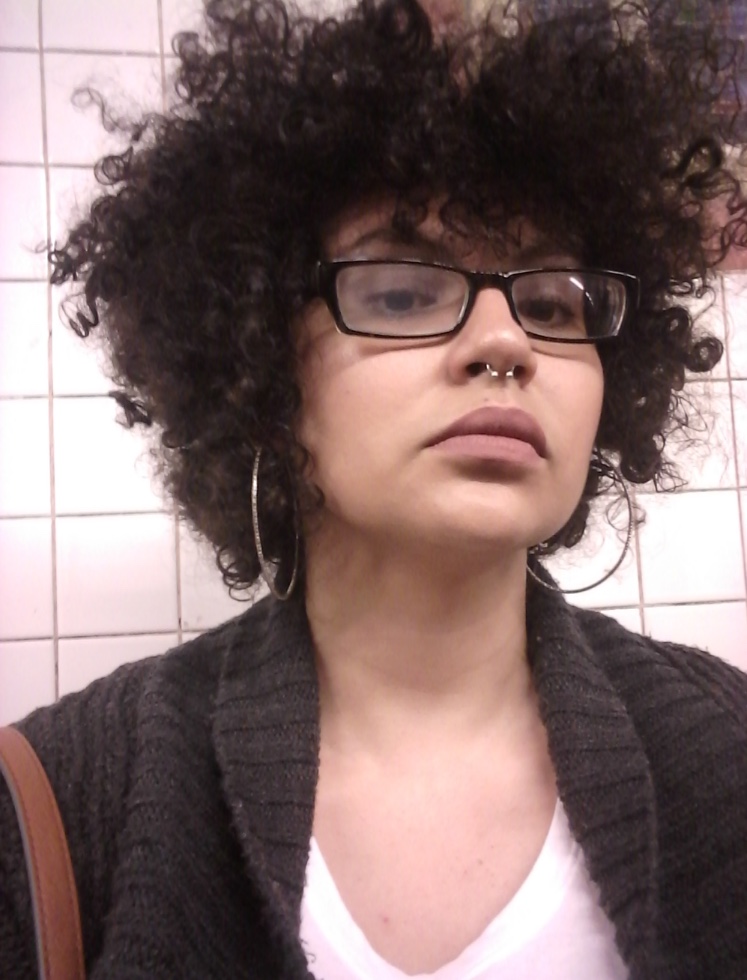 These past few weeks, I have participated in a very private kind of mourning.
In the wake of Hurricane Maria’s devastation on Puerto Rico, the usual thoughts surrounding my identity have been exacerbated ten-fold in my already overactive brain. Shameful confession? I have never been to Puerto Rico; at least not when I was old enough to remember it myself. My mother tells me of time spent at my aunt’s home when I was barely two years old; if it were not for pictures and home videos, I would not have been any the wiser. Having spent my whole life in the United States, much of my knowledge surrounding my identity had to come from my own volition and research. I always understood and took pride in the fact that I wasn’t white, but I also didn’t know what it meant to be Puerto Rican, either; much less Afro Puerto Rican. I ached for knowledge that I knew in the depths of my soul I was missing.

There is a very carefully constructed American misunderstanding surrounding the Puerto Rican identity, particularly it’s racial component. Because of the colonial hold of the United States, Puerto Ricans have never been given the freedom to live out their historical truth and let that truth manifest in a national identity absent of the American gaze. I have witnessed, and continue to witness, countless white Puerto Ricans fighting tooth and nail to be accepted into the massive fraternity that is White America; hell, even some who aren’t that white. Our continued status as American colonial subjects has really skewed the ability of some of us to love ourselves and envision an identity outside their approval. But identity is so much more than self love. And while yes, it is a crucial component, so much of identity and pride in that identity necessitates understanding your political and ancestral history; otherwise, in what is your supposed pride rooted?

Being Afro Boricua was not something I always understood about myself; the cruel irony in that being that there were so many instances where I stepped into a room being black before I was ever Puerto Rican. A lack of knowledge and perhaps even a discomfort in addressing the subject, as well as my own bi-racial father’s ability to deftly and willingly pass as a non-black person of color, dictated that blackness was never a discussion in my house. But white people ain’t never gonna let you forget that you’re black; and growing up in rural, white-as-white-gets New Jersey meant that I got read as black and subsequently met with surprise when I IDed as Puerto Rican, never understanding that I was or that I could be both at the same time.

Today, I see Afro Latinas all over social media killing the game, and find myself wishing I would have had that guidance accessible to 13 year old me in my 2007 web surfing. But as a result of this visibility, a new type of erasure has emerged: and that is non-black Latinos (in my case, Puerto Ricans) who want to lay claim to an Afro Latinx identity because it might be a part of their ancestral history at some point down the line. Never mind that they will never experience the anti-blackness I have had levied at me throughout my life, by white Americans and Puerto Ricans alike. Their fundamental misunderstanding of Puerto Rican racial identities means that they feel entitled to claim an experience that they can never fully understand.
I spent some one-on-one time with the brother of one of my best friends the other day; a white Puerto Rican who said something that I wish others understood. “Yeah, I’m Puerto Rican, but I’m like, a European Boricua.” He continued to say that his status as such doesn’t negate his experiences of subjugation here in the United States; but rather, that status was crucial in understanding the political history of the island and in honoring those who were and continue to be marginalized from a racial standpoint within its borders. “That’s just the truth,” he said. There’s nothing wrong with it.”
And I believe this gets to the heart of much of what I’m thinking: I am so proud to be black, to be Puerto Rican, to be a black Puerto Rican. But what does pride look like for someone like me, who has never been to the island? Am I enough?

As an organizer, as a writer, as an artist, as a person? What does pride look like for those whose pride is only at the parade, only when they’re drinking Coquito at Christmastime, for those whose American citizenship kept them complacent and unquestioning? I am not trying to drag folks, by any means; but rather am attempting to ask what place our collective, and often purposeful, cultural amnesia has in our continued resistance?

My answer to that is that such amnesia has no place. And I need folks to step up.
Writing this is my first act of public mourning. I have been vocal, angry, politically critical; but have not yet allowed myself to be human and hurt. I am crumbling under centuries of oppression, belonging both to myself and to my ancestors, and am trying not to feel daunted at the work we have ahead of us. We have to want to commit to understanding all the elements of our history if, indeed, liberation is our vision for our future.

“Jackie Torres is a poet, performer, writer, Afro Boricua, and mal’criada whose work seeks to utilize storytelling as a method for personal healing while simultaneously demanding societal accountability, transparency, and reconstruction. She is one third of the production company CRACKED BINDING, which seeks to create a platform for people of color to use personal storytelling for truth, reconciliation, and human rights education. She is also the author and a co-collaborator of IN THEORY: Notes on Home, Love, Diaspora, and Failing Adulthood, a dance and spoken word fusion about converting the pain of our past into the resistance of our future. She has written multiple pieces on Afro-Latinx identity for The Kinfolk Kollective, Voix Noire, and Simone Digital. Jackie is currently attending Baruch College studying English and Literature, and hopes to cultivate a collective artists’ space some day in the future. Her first book of poetry, LAUGHTRACKS, is slated to be released in Spring 2018.”