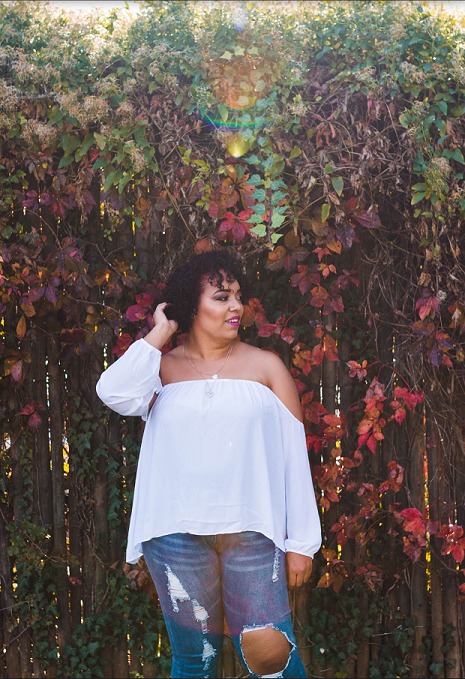 Jenay Wright: How do you embrace your Afrolatinidad?

LuzCelenia Arce:  I embrace my Afro-Latinidad by being my best self and by educating those around me about my culture and how being black and Latina is not a contradiction. I am proud of being a black woman and being Puerto Rican and Belizean and work to further the agenda of black people and Latinx people in whatever way that I can.

JW: Did you ever face any challenges with your identity growing up? If so how did you overcome them?

LA: Growing up partially in the DMV (DC Metro area) I was either told I couldn’t be black because I was Puerto Rican or fetishized by black men for being Puerto Rican and for being bilingual. Unfortunately, it wasn’t easier encountering other Latinx people because they would question my Latinidad.

Many times I’d catch them talking bad about me in Spanish assuming that I didn’t speak it and I’d oftentimes to scold them for their ignorance. Thankfully, as frustrating as those experiences were my identity was very solid because of my upbringing. My dark-skinned Puerto Rican grandmother helped me to love my blackness and my Euro presenting grandfather taught me how to move in a world that hates black akin. My mother exposed me to African American and West Indian culture to show me that blackness was multifaceted.

JW: Tell me about the fuse of your Puerto Rican & Belizean roots. How has this influenced your cultural identity?

LA: I grew up incredibly blessed at the intersection of Latinx, West Indian and African American culture. I learned how to make arroz con pollo, Duffy wine with the best of me and make a mean macaroni and cheese. It helped me to see that although we all have our unique flavors we’re more alike then we are different. I’m proud to represent all facets of my identity. 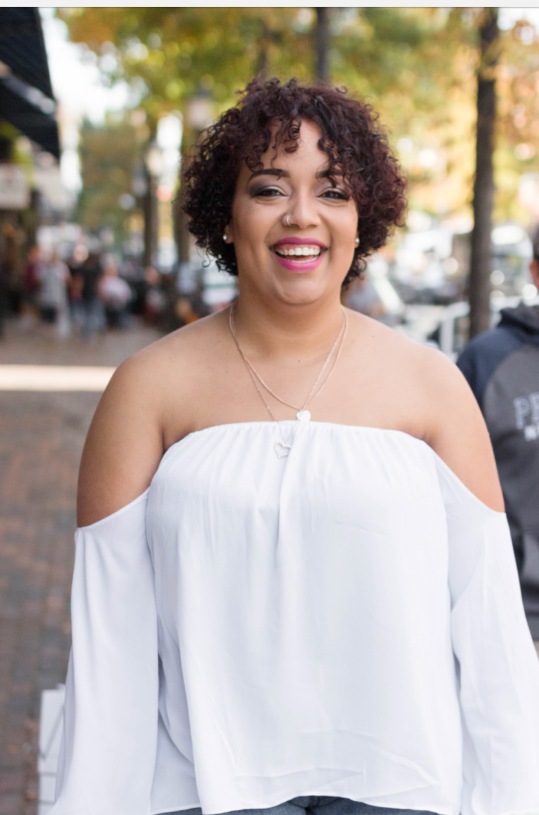 JW: How was growing up two very different cultures?

LA:  I was raised mostly by my Puerto Rican grandparents, which was the primary culture I related to as a child. I always knew I was also Belizean but wasn’t directly exposed to that culture until I was an adult due to not knowing my father or that side of the family until about 10 years ago. Up until that point everything I knew about Belize I learned through my own research via books I read and the wealth of information on the internet. I lived with my mom for several years during elementary school and high school which is when I was most exposed to African American and West Indian culture, which was amazing.

I was exposed to the black church and black history and the music, the language, the food of countries like Jamaica, Trinidad, and Guyana. I learned so much from my godmother who is a black woman and taught me all I know about cooking soul food. Being a part of her family exposed me to Black Santa considering Christmas wasn’t celebrated with my Puerto Rican grandparents, but also exposed me to the traditions of the black family carried from their slave ancestors.

I wouldn’t want to grow up any other way if I had the chance even with the many confrontations with African Americans and Latinx about how unapologetic I was about both black and Latinx way before it became a trend.

JW: What inspired your passion to launch Ricas Goodies?

LA: My love of feeding those I care about inspired the launch of Rica’s Goodies. I started baking for friends and family as a hobby never considering turning it into a business until several loved ones told me to stop giving my goodies away for free because they were too good. 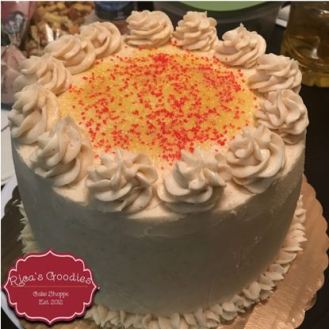 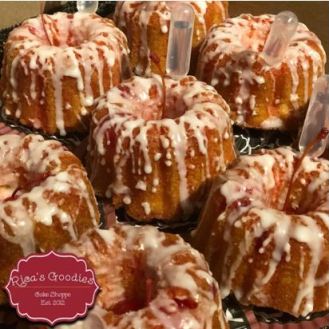 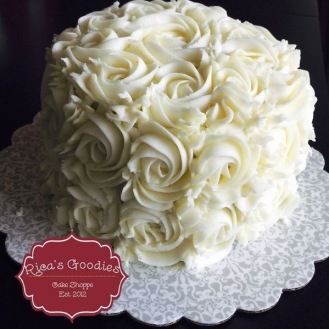 JW: Who influenced your baking and cooking?

LA: My Abuela and namesake, Luz Arce, influences my baking and cooking the most. She always had a hot plate of delicious food ready for anyone who walked through the door at a moments notice. She makes dishes like budín, Arroz con dulce or just some limber for the kids and it really taught me the value in sharing my love through food.

JW: How do your Afro-Latina roots tie into your baking business?

LA: My Afro-Latina roots tie in by the variety of desserts I provide from my signature Strawberry Rum Cake to Coquito cake. Mostly thought my roots are best represented by the love and care I put in every dessert ordered by my customers. 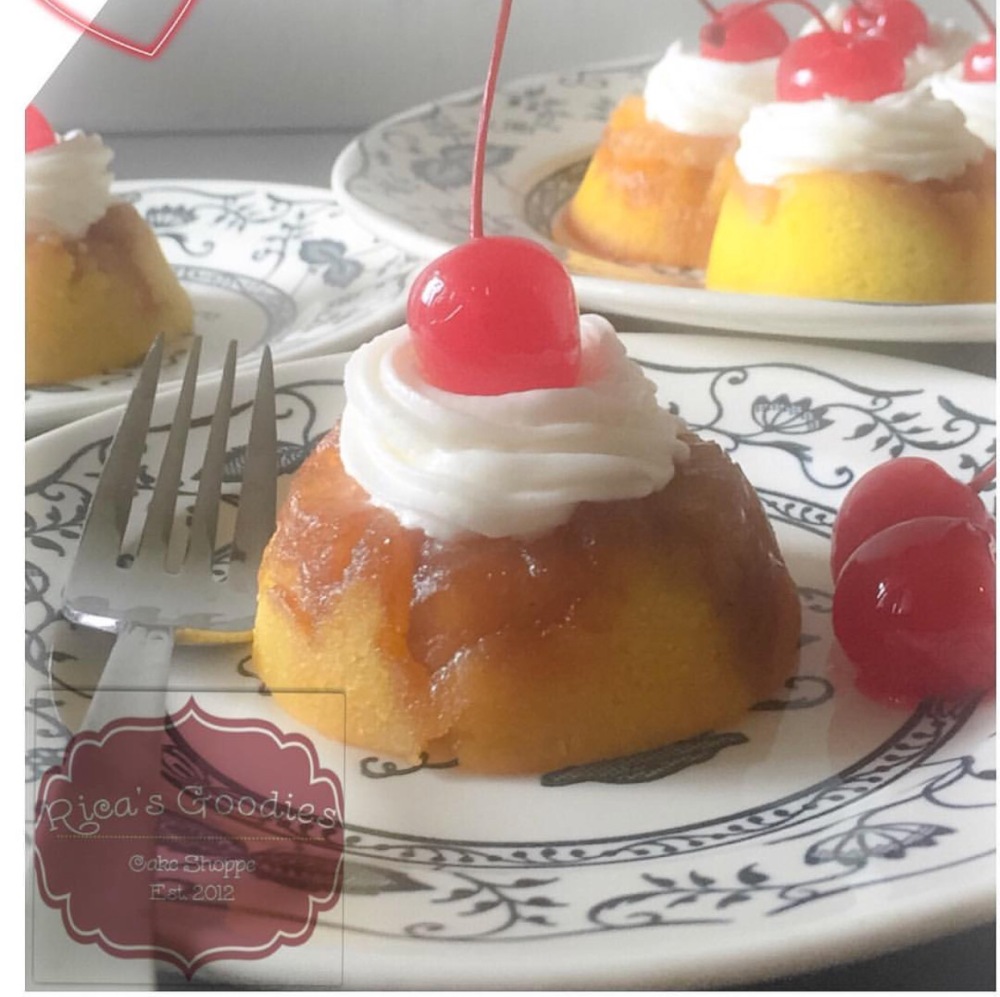 JW: Do you see a lack of women of color in the baking industry?

LA: In the home baking community, there is a strong tribe of women of color that are thriving. Where I see the lack is in storefronts mainly due to the capital needed to open a physical location and maintain consistent sales.

JW: How has your business impacted your community?

LA:  As an Afro-Latinx business owner, my impact has been mostly in being an example to other women of color that they too can launch their own businesses whether it’s baking or wherever their passion lies. I’m also able to offer quality desserts at competitive prices most times nowhere near as expensive as going to a boutique bakery. 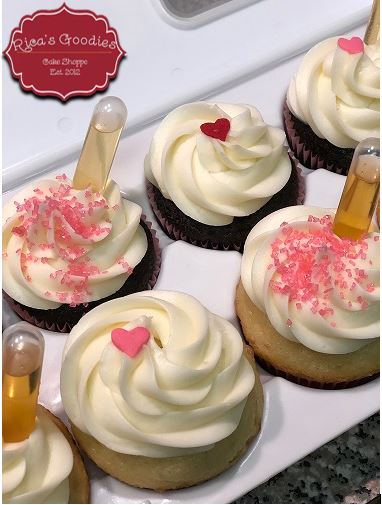 JW: What is some advice you would give to someone wanting to start a baking business? What tools do they need to be successful?.

LA: My advice would be to have a goal and to work towards that goal. Don’t be afraid to connect with other professionals to brush up on any skills you may feel are lacking and don’t quit practicing just because your desserts may not look like what you can find on social media. It’s easy to compare your work to people who have been doing this for years or have even been classically trained; don’t worry about them. Just focus on presenting your best self through your desserts and you will get better with time. In this day and age, a strong social media presence is. 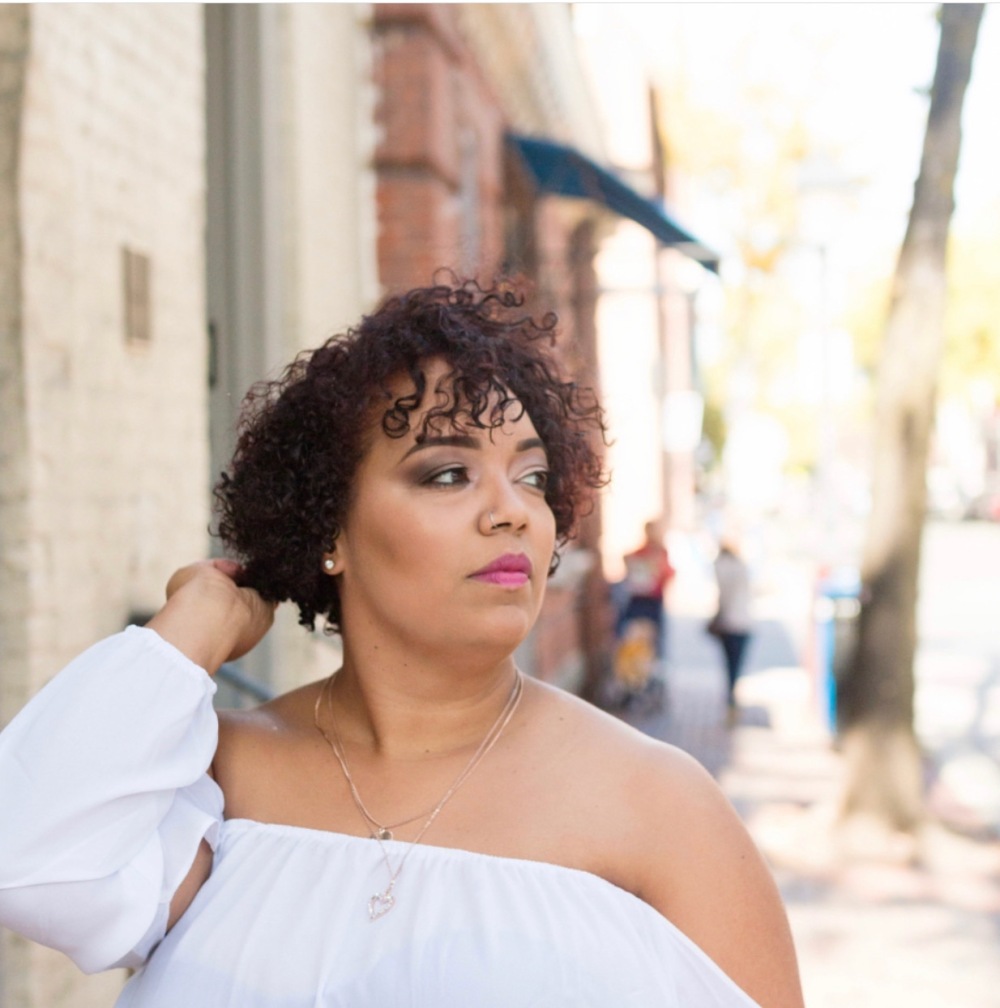