Dear White Latinx and the passive complicit actors and actresses who love saying N****r to appeal to their white counterparts. How are things? Has your race come into question lately? Do the same white people who tell you not to act like Negros still give you the same treatment? Or are you capitalizing off the African Diaspora mistreatment by making sure you’re in photos holding up BLM signs (Shout out to J.Lo and Alex Rodriguez)!

Hey JLO!  I still remember the time you justified saying “N***a” in your song with that Fyre Festival guy. But I digress as an Afro-Latina, I think its my duty to check up on you, to see how you’re handling being “Colored”? Shocking isn’t it, to get stared at, to have people follow you if something goes missing you’re the first one to become a suspect. Are you ok? Do you need anything?

You must remember you’re Colored now so basic needs and wants are no longer available to you. I know that a mental transition like this is overwhelming but someone has to be Florence from The Jeffersons or Maria the housemaid from a basic telenovela. But you can do it!!! I believe in you and so does all of the ignored and ostracized Afro Latinx that you and actors and actresses here in the United States intentionally ignore on a daily basis.

Now I understand that such a racial windfall is overwhelming I mean, hey you have only been “Colored” for a few minutes. However here are some tips on how to survive your new “Colored” status:

Don’t become a Vega: On this show called Love and Hip-Hop Miami, one of your colleagues by the name of Veronica Vega (supposedly a rapper) says that she can say the “N” word because she lived amongst “N****s”. Yeah! Let soak that in, she says because she lives in the ghetto that it is okay for her to say these things. ABSOLUTELY NOT!! In order to avoid an ass whipping do not become a “Vega”.  Her whereabouts? No one knows because no one supports her or her unseasoned melodic music.

Lozado’ed: Yeah, it’s a chick by the name of Evelyn Lozado who “showed her ass” (this is an African Diasporic euphemism usually said by those in the American South) on the last season of Basketball Wives. She was arguing with a beautiful Nigerian woman by the name of “OG” (she is a Nigerian sister of mine as my ancestral line is of the Fulani tribe, mixed with Dominican and American South). For years Evelyn has bullied many women on the show, however, the spirit of Ogun and Yemeya was with her and she not only defeated Evelyn physically but also mentally and spiritually.

As her pride was hurt Evelyn decided to do a radio tour and said she has a right to say “N***a” because she is Afro-Latina. Yeah, she is a mentirosa, a full fledge one Evelyn is not an Afro-Latina, she is doing what many of you do and that is not holding yourself accountable. Newsflash, dark skin does not dumb, stupid, smelly, or unintelligent. Evelyn did not want to acknowledge that thing White Latino/as do all of the time; manipulate situations and play the victim. Evelyn was not Afro-Latina. Evelyn was mad that a stereotype defeated her in more ways than one. Side note: Please do not pat your cocha during an argument its so vulgar and makes you look like you have chronic BV.

Know your colors: Real quick Gina Rodriguez (a mediocre actress) said something so foolish that she really thought no one was going to check her privilege, well Groupon privilege (you must remember YOU ARE NOT WHITE)!!!! Anyway, poor Gina thought that those of us that belong to the African Diaspora are actual idiots (her and J. Lo gives me a D. W. Griffith Birth of a Nation tea). She said that she is an Afro-Latina because she has a dark-skinned father and then we saw her father. His skin is as white as cotton; now either Gina is colorblind or she cannot identify her colors independently. Learn from Gina, do not try to insult the intelligence of those of us who belong to the African Diaspora it does not end well, he’ll ask Lin Manuel and his show Hamilton.

There is a lot more to say and teach you however, I am not going to do so as it will encourage the telenovela stereotype of the dark-skinned Latina having those broad shoulders to carry the burdens of your obnoxious, arrogant behavior. Just know that unlike those who you try so desperately to imitate we do not put blueberries nor raspberries on our fried plantains. Such unseasoned behavior is not tolerated. 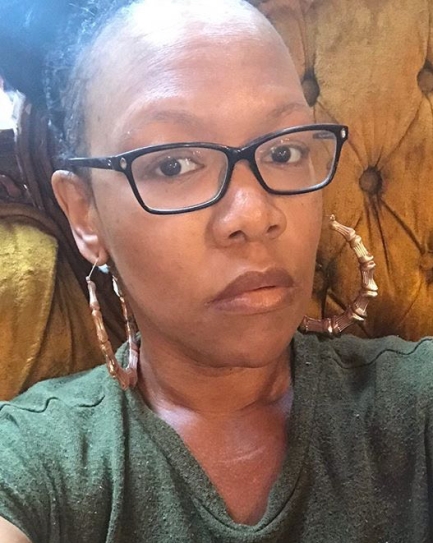 Faye Tinsley was born and raised as a Southern belle in Richmond, Virginia. She graduated with honors from Virginia Union University in English Literature then went on to earn her Masters of Education from Grand Canyon University. She is currently pursuing her MBA at Howard University. Faye is a badass, kick-ass, proud Afro-Latina. She was introduced to her culture by way of her Abuela Helen. From how to clean a proper Latina house (which is never clean) to becoming a sensual woman. Abuela Helen is the paragon of Faye’s existence; femininity oozed out of Faye’s pores when she was in college. Her struggle for acceptance was when she was in undergrad during the J.Lo era; hoping and wishing that Lopez would open her mouth and acknowledge the African diaspora Faye had to defend and explain how black women that looked like her could speak and be Latina. She made a vow that she would never be ashamed of who she is nor her background.