Millennials are speaking up and taking the initiative to fight for what they believe in.  They see an issue they take a stand and many use their voice and platform to do so. This is highly imperative to recognize while their are many misconceptions about us. A few misconceptions is that we are lazy , poor work ethic, never committed, have little respect for authority and many more where that came from.  I can only imagine the perceptions  obtained of millennials of color. However good thing there’s the saying don’t believe everything you here.

Millennials are advocates, artist, activist, leaders and most of all Educated. In this project I want to emphasize and highlight Afro-Latinx students on campus fighting for their communities and  represention each and ever day. If this is your first time reading on this blog Afro-Latinos are Latin American people of African ancestry or descent. Not everyone identifies or understands the term because we are often underrepresented in history, media , television  and this is a big obstacle because we exist.

Our existence can’t possibly be hid under the rug forever because we are here and this is why many of our Afro-Latinx leaders on campus are using their voice to change the world. Whether its by creating a blog to write about their personal journey, crafting a t-shirt business to empower Afro-Latinx pride or founding a orgnization which focuses on celeberating and teaching Black Laitin’x about their roots. There is no limit to how each of these individuals are taking a stand to fight for their representaion and today we recognize each and every one of you.

In college this is where many of us explored and questioend our identity. This is when we learn more about who we are and where we comfortably fit in.  And the moment we started embracing our true selves. Whether that was transitioning into natural hair, filmed a documentarty, joined a cultural orginization or protested with Black Lives Matter or worked to stop Anti-Blackness in Latinx communties. Today we highlight  AGUILAS AFRO LATINO  an organization raising awareness on the African Diaspora in Latino & Hispanic countries on Coccus’s campus. We thank you to every one of you who play a vital role on  social activism on  your campuses.

“Spreading awareness of the Afro-Latino community on campus is important for many reasons. I founded the organization with the main goal of teaching the North Carolina Central University community and surrounding areas of the African presence in Latin American countries. I believe we are all here (NCCU) to learn and hopefully become culturally competent. Why not become culturally competent on Afro-Latinos? The organization also became a “safe space” for those that identify as Afro-Latinos. Our organization is Afro-Latino based however NOT Afro-Latino exclusive; anyone of any background is welcomed to join”
Shasta Johnson, Executive Assistant

“It’s important to raise awareness of Afro Latino culture on campus because it’s not a known culture to our generation and we will benefit more as people for being able to understand the Afro-Latino culture.”
Joanna Russell, Miss Águilas Afro-Latino

“I feel like Afro Latino awareness is important because the lack of knowledge of Afro-Latinos is due to our educational system, and to the media, Afro-Latinos face many challenges when it comes to identity, especially when people refuse to believe that being Black and Latino aren’t mutually exclusive. But I think it’s something that needs to be spoken about especially in HBCUs. We are all descendants of the same ancestors, descendants of the same place and as black people we need to be more informed of out history .”
Janeen Reynolds, Vice President

“Spreading the awareness of Afro-Latino existence is important to me because people don’t think it’s possible to be Black & Spanish at the same time. I cannot describe myself without acknowledging both parts of me.”
Leandro Valdez, Mister Águilas Afro-Latino 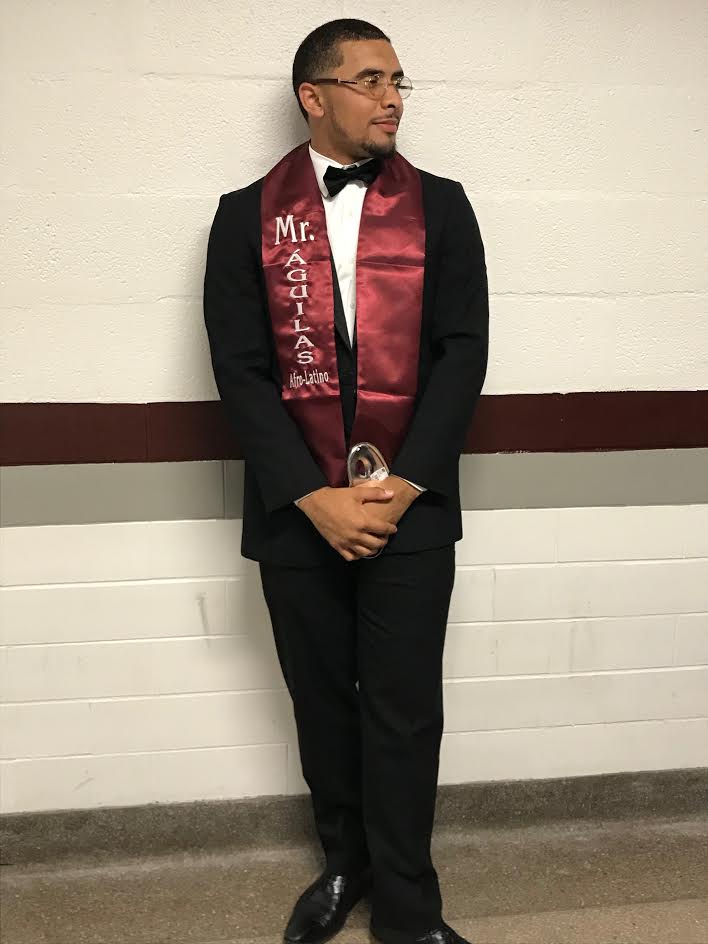 “Spreading awareness of Afro Latino existence on this campus is important because we are here to stay and to help spread the cultural awareness that we go through the same struggle and understand that we too are people”
Emily Guerra, Media coordinator 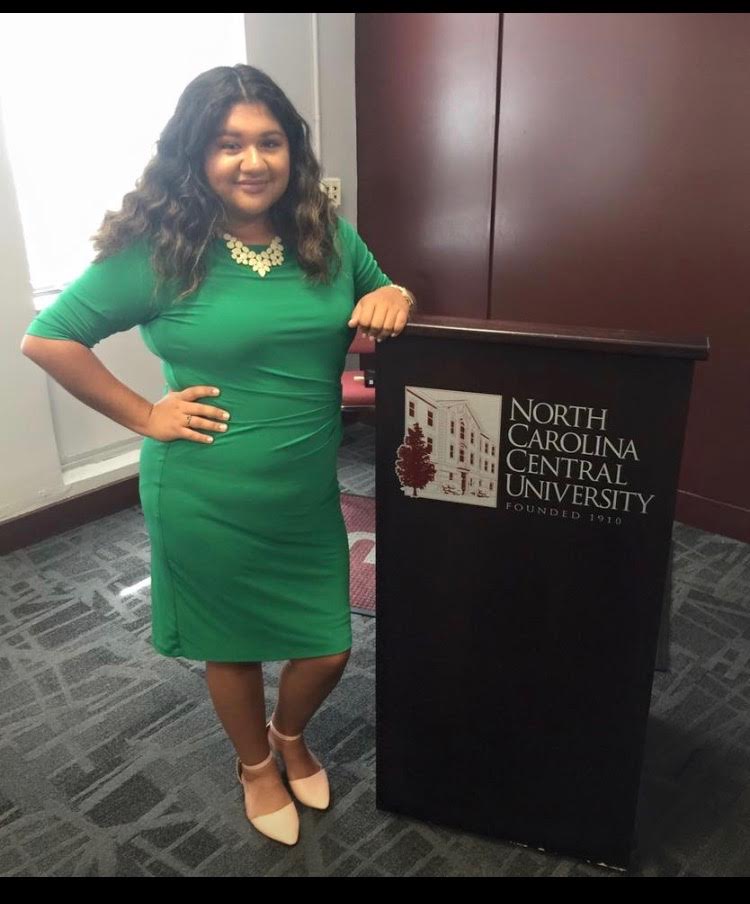 “I feel like it is important to spread awareness of Afro Latino Heritage/culture because a lot of people don’t know about different cultures and what traditions they have.”
Imani Cordero, Historian

“Spreading awareness of Afro Latino existence is so important because we are all the same and we need to stick together
Jazmyn Joyner, Event Coordinator

“Spreading the awareness of Afro Latino culture on campus is so important to me because letting people know that it is equally possible to have a strong African American presence as well as a Latino presence and that it’s more common than what a lot of people would think. Embracing both cultures does not mean we have to choose one over the other to love who we are from all aspects. I hate when people try to categorize me and say I’m not black enough or Latino enough. It’s not about idolizing one culture over the other. Hence the term Afro-Latino which specifies the ways both cultures intertwine to make a beautiful and diverse group of people that show that even though cultures can be the same we come in all different shapes, sizes, skin tones and hair textures. The face of a Afro-Latino is not one specific person. It never will be. What makes us different is what makes us strong.”
Destiny Dodson, Treasurer

“Spreading the awareness of Afro Latino existence on campus is important because it diversifies everyone’s knowledge on the many Latino cultures.” 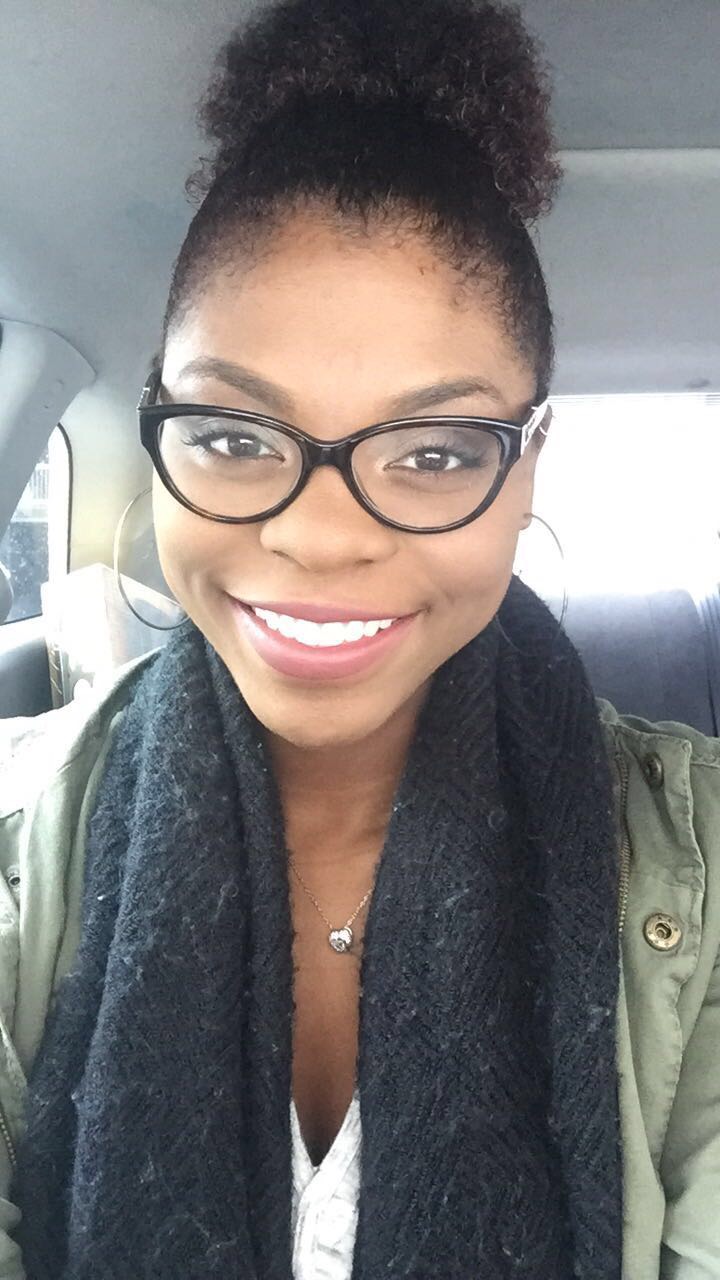 “At NCCU, students for the most part are used to seeing one certain type of student. Letting people know that there is much more diversity than meets the eye, like Afro Latinos, is so important because it allows everybody to connect & learn things they never would have otherwise. Everybody has different backgrounds, but we’re all human & students so lets learn to celebrate one another.