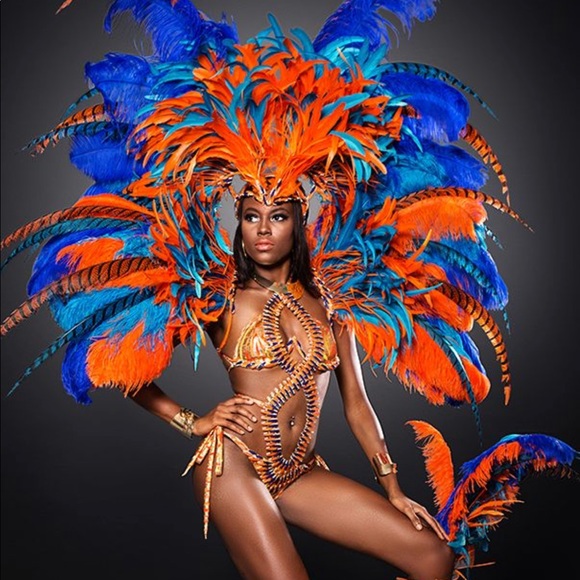 By: Kayla B – Beautiful beaches, great food, and reggae music are among the many things that people love about the Caribbean and my culture.  From globally known stars like Rihanna and Bob Marley to other Caribbean staples like oxtails steeped in gravy, with one scroll through Instagram it’s easy to see why people are attracted to all the Caribbean has to offer.

As someone who identifies as Caribbean-American (my father is from Antigua & Barbuda), the journey of balancing my American upbringing and my West Indian roots has been a journey. Developing this sense of pride in my culture has instilled in me not only great joy but appreciation for my ancestors who endured a lot for me to exist. I have a unique view on the world from my vantage point as a black woman with an American upbringing with Caribbean and Afro-Latino roots.

Recently, American rapper and reality star, Joe Budden stirred up controversy when he expressed himself on women who dress up for Carnival.

When asked on his podcast about his opinion on American singers and starlets like Ashanti and Mya dressing up and going to Carnival, Budden had the following to say:

Some may argue that he was speaking just to the Americans who flock to Carnival for a photo opp. Some may say that it was an attack on all women.

Either way, the statement alone is very problematic for a multitude of reasons. In order to lift one’s consciousness, it’s important to take a look at history.

Carnival is a huge celebration with roots dating back to slavery. Enslaved Africans were sold and dispersed across the globe in places like Latin America and the West Indies. Often times, the slave masters would hold masquerade celebrations and the slaves were not permitted to attend. Because of this, they came together to hold have their own celebrations. The slaves would drink and dance and eat and make fun of their slave masters. It was a celebration and a way to grasp on to a glimmer of joy in a time where none if it was plentiful.

Hundreds of years later, that custom has remained intact and has evolved into what’s now known as the modern-day Carnival celebration. With the colorful costumes, music blasting, people dancing, the smell of food lofting in the air and drinks flowing, it’s easy to see why attending Carnival is appealing. It’s not only a celebration reserved for the adults but for the entire family through passed down traditions.

Carnival is celebrated from Brazil to Trinidad and Tobago, and Canada to the UK. Whether its Crop Over, J’Ouvert or Caribana, it’s clear to see the impact the Caribbean has in all corners of the globe.

One of the other aspects of Carnival is intricate and beautiful costumes.  If you scroll through Instagram, you are sure to see beautiful women decked out to ‘Play Mas’, or masquerade. The bands assemble together in a troop like fashion in colorful and sometimes revealing costumes. Decked out in their carnival best, partygoers hit the street to dance, drink and have fun. The point of a carnival is to drive home the feeling of liberation through togetherness, music, and dance.

West Indian culture has a history of being sexualized in the media. From the caricatures of women with huge breast and hips to the notion that West Indian women are willing and ready for sex at the drop of a dime, sexualizing and stereotyping our culture is NOT okay. In a 2012  report conducted by The UNDP Caribbean Human Development on Citizen Security, 30.4 % of Caribbean women indicated a higher fear or rape and sexual assault (http://caribbean.unwomen.org/en/our-work/ending-violence-against-women/advocacy-brief )

Being seen as objects opposed to people and essentially being stripped of the right to enjoy ourselves and express our sexuality the way we see fit, strips us of the humanity we deserve. We should celebrate our bodies and ownership over our sexuality in any way we feel most safe to express it.

After all, carnival is to celebrate complete liberation while paying homage to the past to continue our traditions.

For Budden to make such comments based off which I presume to be a very narrow grasp on Caribbean culture, not only speaks to his lack of education but also hints at a misogynic view on a woman’s right to own her body and express herself.

Women are often shamed for what they wear and sadly that notion spills over sometimes when discussing cultural customs around the world. People often slap hurtful and harmful labels on things they don’t understand.

If a woman wants to engage in Carnival customs by wearing the typical costume (a bejeweled bikini, feathers, fishnets, and a headdress) and take to the streets to enjoy soca and dance and drink, then she has that right. She also has the right to refuse to dance with anyone she doesn’t want to dance with. She also has the right to show up to Carnival fully clothed if she wants to.

Whatever she chooses, it’s her right.

Shaming a culture or women because you feel insecure or have no understanding is no excuse. It also puts women in dangerous situations, even at places where she should feel safe to celebrate.

In 2016  The NY Post reported that 22-year-old student, Tiarah Poyau, was shot in the face and killed at J’Ouvert after refusing to dance with her assailant. The suspect, Reginald Moise is awaiting trial for her murder.

Attitudes that objectify women for enjoying themselves or shifting blame for their assault has consequences. Some of them deadly.

After discussing this matter with my partner, who is very familiar with West Indian Culture, he mirrored my statement that it’s an expression of my culture. When I play Mas this year, he will be in full support of my right to express myself, my liberation and my sexuality through my Carnival costume. When I take to the streets with my girlfriends to dance and drink, it’s not just a celebration for fun, but one that captures the essence of my heritage.

It’s so critical that we grow to have an understanding of cultural customs as they relate to the various aspects of our daily lives. This cultural understanding balanced with sensitivity towards women and our specific needs helps us to be a more tolerant and cohesive society.

So with that being said, young women who are going to Carnival, have been to Carnival or plan to attend one day – wear what you want, have fun and celebrate.

After all, that’s what it’s all about. 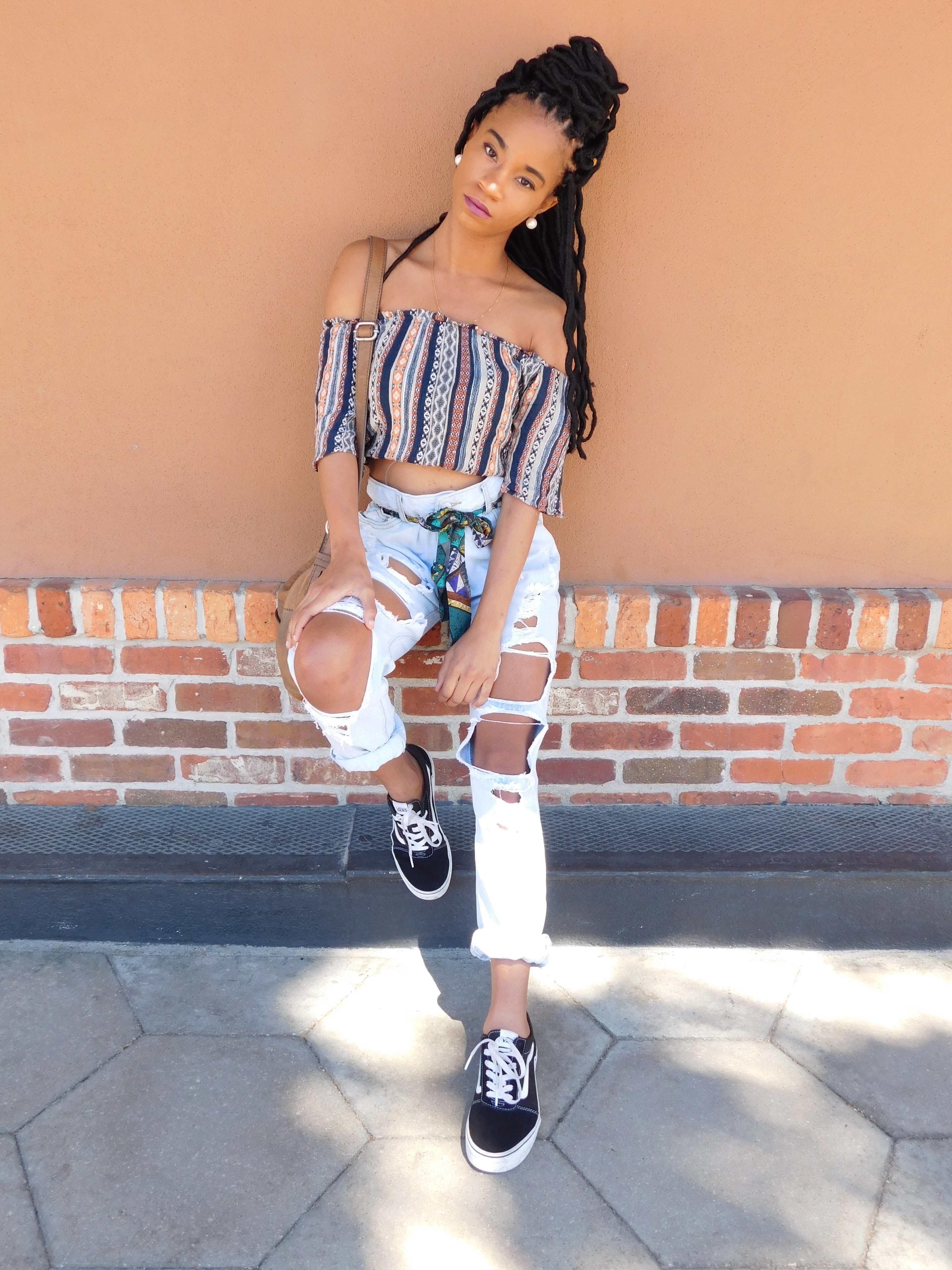 Kayla B. is a contributor to #IAmEnough. She is a proud Afro-Latina/Afro-Caribbean, artist and the founder and blogger for Saltlight and Co.