By: Jenay Wright – Kathryn Allison, multitalented Broadway Singer, and Actor, ensembles in Aladdin in the Broadway musical, who plays the fortune teller. Recollecting her fondest childhood memories of her Cuban roots in an Instagram video, celebrating Hispanic Heritage Month caught my eye.

Her passion and drive as she states connect back to her Cuban traditions. Being of African – American and Cuban descent, Kathryn saw a lack of people of color in the arts and for those who inspired her she hopes to someday be the same for other aspiring performing artists.

From attending parties in her families basements, dancing salsa or listening to the legendary Celia Cruz, Kathrynn’s heritage lives through her performance on stage.

Check out her interview breaking down her Afro-Latinx identity, diversity in the Broadway industry and her passion for the arts.

Jenay Wright: Who is Kathryn Allison on and off the stage?

Kathryn Allison: Kathryn onstage is hopefully consistent, present and sharing scene partner. Offstage, she is constantly trying to get over her spouts of perfectionism, always trying to top her last project. Finding uniques ways to not only connect with her audiences but new people as well. Aiming to build a strong support system for myself while being there for those who matter to her most. Also, attending monthly meetings as Board Member for Community League of the Heights to make her community a better place for everyone. Let’s just say she has got a lot on her plate, but she wouldn’t have it any other way.  She thrives off a demanding schedule, but should also probably take a break every now and then.

JW: What are your roots? How do you identify?

JW: Do you identify as an Afro-Latina? If yes, what does that term mean to you?

KA: I do identify as Afro-Latina!. For me, it’s a way to honor both sides of my family. I’ll be honest that I didn’t really know how to describe myself until recently. My friend Gaby told me about the term and honestly, I was embarrassed that I had never thought of it before. I’ll never forget, when I was little I asked my Dad, “You’re from Cuba right?” and he said, “Yes.” “So aren’t you just Cuban?” and said, “No, I am also black.”

At the time, I didn’t know what that meant at first.  But now I know that denying a part of who you are is denying, your ancestry, your history, and the realities of what being black, Latinx in America and in society look like. When I was growing up it felt like I had to be one of the other, and I didn’t really see people in the media that looked like me and also had a Latinx background. It felt like a mystery! Are we really out there?tBuy, of course, we are! 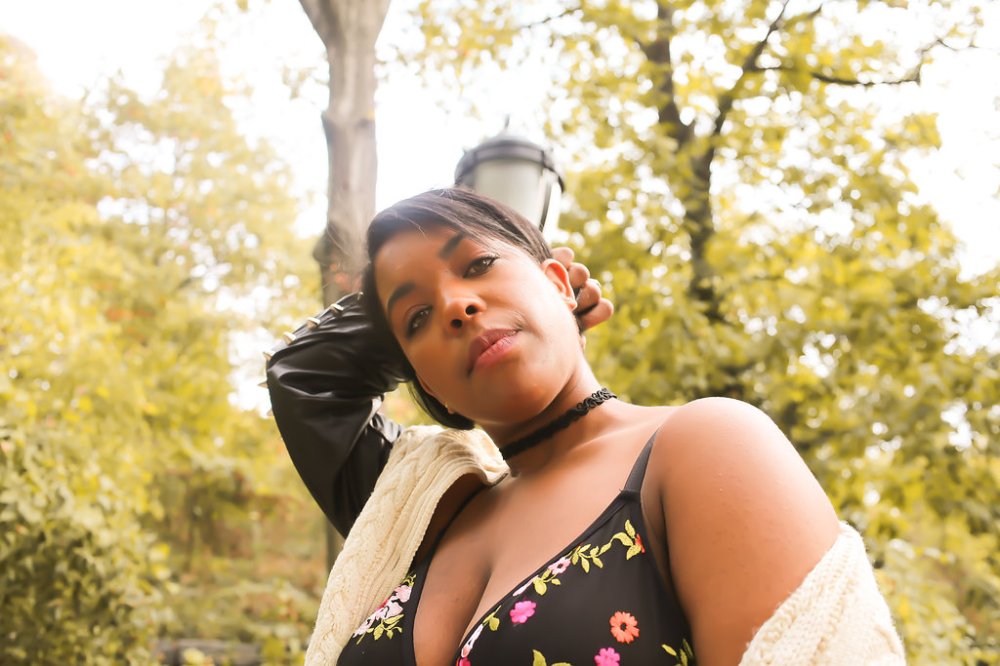 JW: Did you feel growing up a lack of representation for people of color in performing arts? Preferably the Broadway industry?

KA: In some ways, I felt a lack of representation in the entertainment industry and in others I did not. I remember watching telenovelas with my Abuela, which I still do when I visit, and everyone was fair skinned or had beautiful golden skin but I didn’t see anyone who had a deeper skin complexion like me or my Abuela. It was very similar to how English and American tv was at the time.

But my parents were very sneaky, anytime we went to see a play, musical, concert, ballet, they made sure it was POC or African-American centered. I was aware of the lack of diversity in my school system and in my neighboorhood, but when it came to what I was being shown outside of that, my parents worked very hard to make me feel included and represented.

JW: Do you feel that Afro- latinas are marginalized into being only Latina or African American in the performing arts industry?

KA: I do feel that Afro-Latinx people have been marginalized to either make the choice themselves or someone has placed them into one category or the other. From personal experience, I let other people decide for me. No one ever saw me as Hispanic when I was growing up or in the industry, so I kind of just played along until recently.

Especially when I say I am not a Spanish speaker, the reactions I get from people are, disappointment; and they feel that I am not Hispanic enough. So for a while, I shied away from the conversation unless I was asked. For me, it’s simply I am a black woman who is Hispanic, those two things are not mutually exclusive for me, my father or my Abuela, and I shouldn’t be asked to cut myself in half when these two entities made me who I am.

JW: How do you celebrate your identity and culture?

KA: I celebrate my identity and culture by actively being the best me I can be. To be authentic as possible not only for myself and but for my audience. When I ever I have the chance to tell my story and my family’s history, I take it. I didn’t hear many stories like mine when I was growing up, so to be able to share that with the younger generation is really important to me. So that they know that no matter who you are, where you’re from, or how you are raised you have the power to make your dreams a reality. With hard work and determination, anything is possible.

JW: What is a piece of advice you would give a fellow Afro-Latina wanting to get into the industry?

KA: My advice to any Afro-Latinx person wanting to get into this industry is to be yourself. So cliché, I know but there is no one else like you in the world and that is what makes you special. It can be hard to enter an industry that solely built on binaries. You must be this or that, but I believe that is slowly melting away, society is realizing that everyone is different and becoming more mixed by the day.

Meaning more and more stories are breaking boundaries with not only who they cast but what messages they are sending out into the community. Embrace all of who you are, take classes, work on the areas of your performance skills that are weaker than the other, and finally find a community who lifts up when your down and raises you are higher in your successes. Rejection in this business is inevitable but when you get a yes it feels so good! Your path is your own and you got this!

Check out Kathryn Allison’s new song from her debut album ” Something Real.”